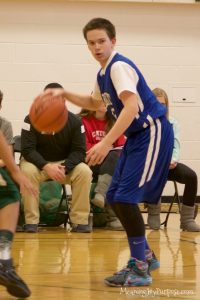 On Monday you read about my Puppy Lover getting the 20th spot on an 18 person roster.

And I teased you a little by telling you I’d share the rest of the story today. 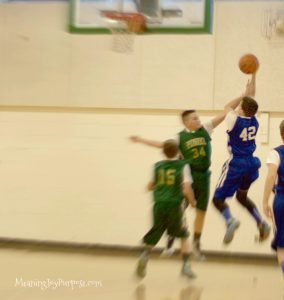 Along with the coach telling my boy that he needed to work harder than all the other boys, he also told him that ‘you can’t run down the court like you’re ready to tackle someone.’

I’m a Mulvaney, we play football.  We tackle people.  It’s what we do.

When he told me this, my heart skipped a beat.  And then I laughed.  And laughed some more.

Because there was so much truth in his statement.

Our Mulvaney boys have followed in their father’s footsteps and they play football.  Some more than others.  But they play.  They love it.

They’re built much more for football than basketball.

And yes, he does run down the court like a football player.  And in a scrimmage last week, he ran down the court dribbling the ball, and when an opposing player was in his way, he dipped his shoulder and ran into him.  A full out football move.  And the boy went flying. 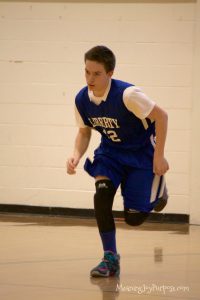 I guess you can’t train inherent reflexes out of a kid quickly.

But it wasn’t the hilarity of the coaches’ comment, or my son taking pride in his statement that made me catch my breath.

It was the fact that my son talked about finding his identity in our family name.

You see, a few months ago, I read a devotion (I think by Lysa TerKeurst..but I read so many I’m not positive it was from her) that talked about teaching your children about what’s expected of them as a member of your family. Who they are as a member of your family. And along with this, teaching them who they are as a child of God.  A believer in Jesus.

Since I read that, when the opportunity arose, I’ve tried to teach this concept to my boys.

You’re a Mulvaney, that means you are a respectful gentleman.

Don’t forget…you’re a Mulvaney.  That means you are kind and loving.

You are a Mulvaney.  You are obedient.

And until now, I wasn’t sure if my words were making an impact.

We play football?  Not quite the identity I’m trying to teach them.

But it’s a start.

And in these days where half of marriages end in divorce, kids are shuffled between Mom and Dad’s house, many kids have step and half siblings…I want my boys to know whose they are and who they are.  And never have to doubt it.

Here on earth, they’re me and their dad’s.  But ultimately, they are God’s.

And I want them to find their identity only in who He says they are.

And so are you.

I pray that today, you will focus on your identity in Christ.

And if you don’t know what that means…please ask me.  I’d love to tell you more about my Jesus.  And how He can be yours too. 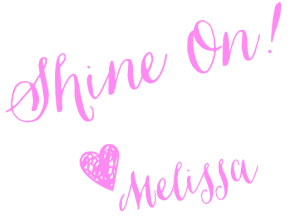 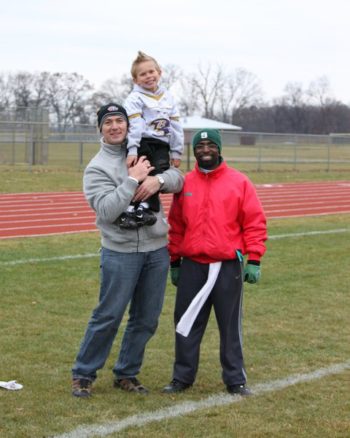