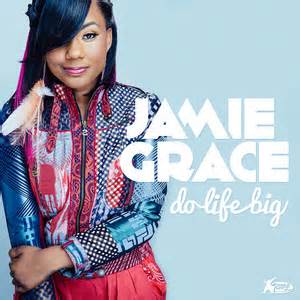 Yet again…God has taken me on a detour today.  I thought I knew what I was going to write about today (because it’s what I had planned to write about yesterday) but yesterday’s writing took a detour, thanks to the many distractions I was experiencing.  So I planned to write about the appearance of the blog today…and as I was driving in the car, trying to figure out exactly how to say what’s on my heart about the appearance of the blog (here’s a hint…I hate it! 😉 I took a deep breath, and whispered ‘Jesus’.

And after I whispered His name, it was like my ears opened up.  And so did my mind.  Because the song on the radio, one I’ve heard many, many times (I even have the CD) really hit me.

Do Life Big By Jamie Grace

And that’s why I know that this whole #Write31Days, start a blog thing….it’s not me, it’s Him.  Telling me to slow down, stop for a second, look around and take time to hear the little voice inside…THAT’S what He wants to do in and through me.  And then He wants me to share it.

Would I love my blog to go viral?  Heck yeah!  But if it would…would I make it about Him, or me?  Would I really give Him the credit, or take some (or all) of it for myself?  I hope that I wouldn’t take a bit of it for myself….but, if I’m really honest, I’m not so sure.

And at the end of the day….if it’s just me, taking the time to slow down, stop, look around and listen to the little voice inside…and then write about it…and not a single person other than myself reads it….for right now…that’s my Do Life Big assignment.  He’s made that clear.

What’s your Do Life Big assignment?  I’d love to hear about it!!! 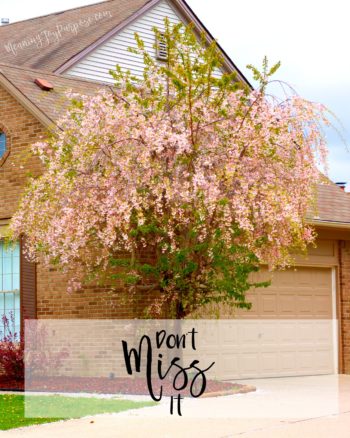 Slow Down, Don’t Miss It
Categories: My Life..the chaos & crazy, Shining Through